This project was constructed on the last developable space on the National Mall and consisted of four distinct segments.

The history gallery roof was constructed primarily of long span plate girders to cover the 70’ deep history gallery basement. This roof was later backfilled and is now at plaza at the museum’s Constitution Street entrance.

The tower outrigger framing was installed after the concrete shear walls were poured and cured. The 2nd level was shored until large tapered box girders at the 5th level were installed and locked in. These tapered plate girders at the roof perimeter also created the connection points for the building’s veil steel. The porch is anchored by two 32 ton plate columns tied together by two parallel 160’ long plate girders. The columns were erected and shored, followed by the two runs of plate girders, each broken down into 3 erectable plate girder pieces which were shored and field spliced. Infill and cantilever material was installed once the columns and girders were in place. 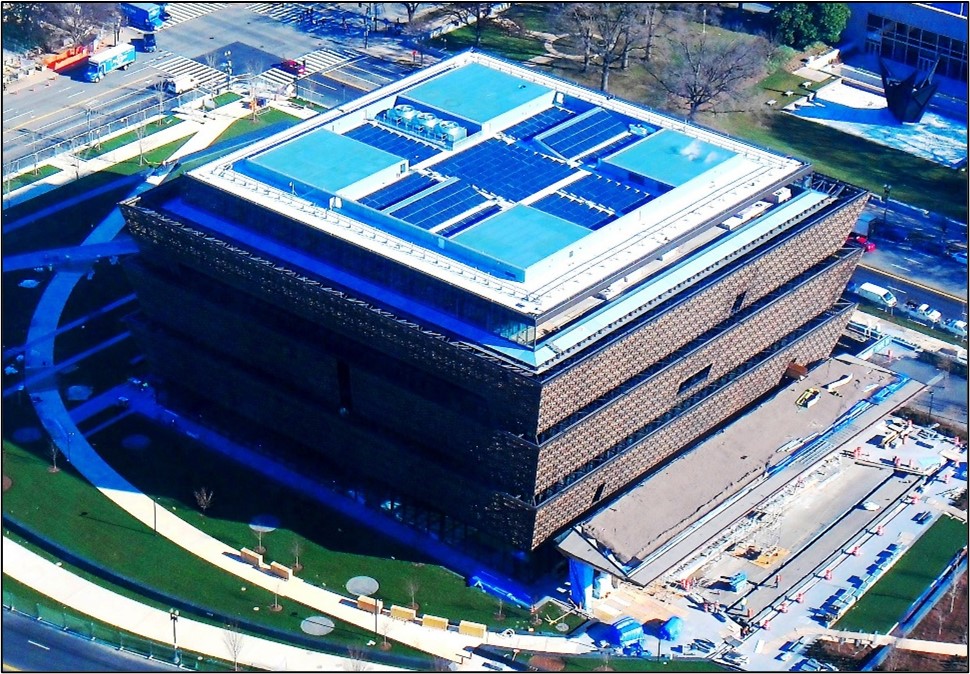